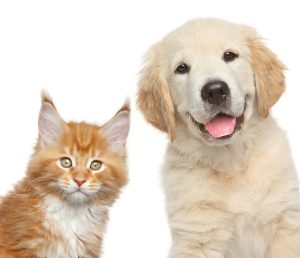 There are many dangers that our cats and dogs can come in contact with, and while certain things seem innocent enough, there are many things that can be very toxic to our pets.

Cats are a danger to themselves, because while they are often fussier eaters they posses an extremely curious nature and groom any substances off coats and ingest it.
There are other factors that predispose cats to becoming ill once they have been exposed to a poisonous substance. Some of these factors include their small body size, their ability to hide so that exposure is not immediately evident, and because cats lack certain liver enzymes, they are unable to breakdown certain chemicals. It is because of these factors that cats are unable to recover as quickly.

How can my cat become poisoned?

How can my dog become poisoned?

There are a few ways that you can determine if your pet has been affected, the signs that a pet has been infected vary and will differ depending on the particular poison contracted. Many toxins produce gastrointestinal signs such as vomiting and diarrhea. while others produce neurological signs like tremors, incoordination, seizures, depression, and respiratory signs coughing, sneezing, difficulty breathing. They can also display a barrage of different skin signs like inflammation, swelling, liver failure such as jaundice, vomiting or kidney failure, which can be shown with increased drinking, inappetence and weight loss. It can be one or a combination of these signs, so be sure to be vigilant about seeing any of these warning signs to protect your cat’s health.

It is important to remember that while most cases of intoxication will cause small issues, chronic intoxication can also happen and proves to be difficult to treat.

If you are worried about your pet being intoxicated, remove your cat from the poison source and contact us at Premier Veterinary Hospital or the ASPCA Animal Poison Control Center’s 24 hour hotline at (888) 426-4435 immediately.